I’m watching some entertainment shows every night before finally going to bed. Since I’m an insomniac, that would probably be around 2 or 3 in the morning. Though there are times that I’m so beat up with work, that I’d be dozing off once I hit the bed.

Anyway, one of my most awaited news is about what’s been happening to Patricia Krentcil aka “The Tanning Mom“. If you haven’t seen this ol’ lady in the local news, then, lemme describe her a bit. Note that I’m not posting this to insult her.

Patricia, in her younger days, was “white”, sexy and tried to be a model. She was pretty and flaunted her best asset, as seen on the photo below. I dunno what happened, if she made it in the world of modeling but one thing’s for sure, she ain’t leathery tan, as she was when the media first saw her.

Here’s a photo during her first few interviews:

I think she got addicted to tanning and didn’t mind that she looks like a burnt statue. You know, there are people who get addicted to plastic surgery and people who can’t stop taking drugs coz they are already hooked. It’s the addiction to the process of tanning and the satisfaction she gets after, is what makes her happy. She doesn’t care what people say, she just wanna stay like a burnt bacon, simply coz she likes it. There may be some psychological issues too, coz who wants to be like that?

Over 60 tanning salons around her area, New York, banned Patricia and I fear that something might happen is she doesn’t get her “fix” soon. What if one day she wakes up and she sees her self in the mirror, turning a bit whitish? To date, she’s been getting a lot of attention, but what if all this media madness stops? We can only wait…

First, here’s an information quote from Wikipedia, to better understand this sickness:

Tanorexia is the term often used to describe a condition in which a person participates in excessive outdoor sun tanning or excessive use of other skin tanning methods (such as tanning beds) to achieve a darker skin complexion because they perceive themselves as unacceptably pale. The syndrome is different than tanning addiction, although both may fit into the same syndrome and can be considered a subset of tanning addiction.

Although the term “tanorexia” has been commonly used by the media and several doctors to describe the syndrome, both the word and syndrome have not been widely accepted by the medical community, and is considered slang by many. The term was coined after the medical condition anorexia nervosa, a disorder characterized by low body weight and body image distortion with an obsessive fear of gaining weight. It can be likened to the common practice of adding the suffix “-oholic” (from the term alcoholic) to the end of any action or food someone enjoys extensively and often (e.g., “choc-aholic,” “work-aholic” “golf-aholic,” “shop-aholic,” etc.)

Serious cases of tanorexia can be considered dangerous because many of the more popular methods of tanning (such as those mentioned above) require prolonged exposure to UV radiation, which is known to be a cause of many negative side effects, including skin cancer.

Extreme instances may be an indication of body dysmorphic disorder (BDD), [4] a mental disorder in which one is extremely critical of his or her physique or self-image to an obsessive and compulsive degree. As it is with anorexia, a person with BDD is said to show signs of a characteristic called distorted body image. In layman’s terms, anorexia sufferers commonly believe they are overweight, many times claiming they see themselves as “fat”, when in reality, they are nutritionally underweight and physically much thinner than the average person. In the same way, a sufferer of “tanorexia” may believe him or herself to have a much lighter – even a pale – complexion when he or she is actually quite dark-skinned.

So you see, Patricia might be suffering from the above and for me, instead of letting her rot in jail and leave her 5 year old daughter without a mother, in my opinion, she needs medical help first. She’s not herself anymore and as clearly seen on tv, the way she acts is not normal. If she can be treated, she can better take care of her kid, in a sane way.

We, women want to look beautiful and sexy, but over-tanning won’t help us be as beautiful as the Goddess Venus. Yes, those who frequently have dates with the tanning beds know that only the best spray tan products are used on them. But, don’t overdo it.

So, go for being natural and if you really can’t take what you see in the mirror, then, why don’t you go over the food you eat, the things you do and maybe, just maybe, you can also achieve what you yearn for..

2 thoughts on “Be Tan, But Not As Much as Patricia Krentcil – The Tanning Mom” 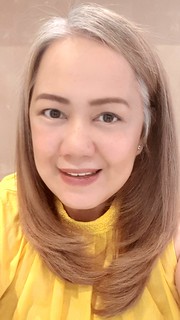